Hide & Seek / Unblock / Is Brooklyn Nine-Nine on my Netflix?

Is Brooklyn Nine-Nine on my Netflix?

Brooklyn Nine-nine ranks highly on my list of funny television shows. While I get to enjoy the series, I’ve recently learned that not everyone is so fortunate. If you’re a Netflix fan and can’t find this hilarious multi-seasons comedy there, read on.

Disclaimer: The information contained in this article is for informational purposes only. Hideandseek.online does not in any way or form condone nor encourage the use of VPNs as a means of violating copyright or other laws.

Brooklyn Nine-nine ranks highly on my list of funny television shows. While I get to enjoy the series, I’ve recently learned that not everyone is so fortunate. If you’re a Netflix fan and can’t find this hilarious multi-seasons comedy there, read on.

What is Brooklyn Nine-nine?

Brooklyn Nine-nine has been a great success since it went on air in 2013. After all, it is easily one of the funniest TV series around. That’s impressive considering that it has stretched on for seven seasons now, with the eighth coming soon.

This show follows the misadventures of a group of dysfunctional detectives in a fictional NYPD Precinct as they solve crimes and (barely) catch bad guys. The hilarity has the entire cast laughing to two Golden Globe awards.

If that sounds awesome to you, then I’ve got good news and bad. The good news is that this fantastic series is available on Netflix. The bad is that since Netflix blocks content by region, it isn’t available to their entire subscriber base.

What is this Netflix Blocking Nonsense?

Netflix is a subscription-based streaming service that allows its members to watch TV shows and movies without commercials on an Internet-connected device. That flexibility makes it useful for movie fans who want to binge-watch from anywhere.

The problem is that, like many other streaming services, Netflix struggles to balance licensing, cost, and regulation in all the places it operates. That means Netflix subscribers don’t always get access to the same titles.

Netflix US, for example, gets access to the most significant chunk of titles. Other countries and regions may get more localized content—that kind of sucks since we all pay the same amount.

If you happen to read this article and hop onto Netflix only to find it missing, all is not lost. You’ve simply been geo-blocked, and there’s an easy way to work around the situation.

How to Watch Brooklyn Nine-nine from Anywhere

The easiest and safest solution to ensure you get access to Brooklyn Nine-nine is to use a Virtual Private Network (VPN). These nifty tools help increase security and digital privacy, but our interest, in this case, is their ability to bypass geoblocks.

VPNs help you get past geoblocks by spoofing your location. By connecting to one of the VPN servers, any site you surf will assume that the VPN’s location is where you are. For example, if you connect to a server in Los Angeles, that’s where websites will identify your location to be.

Netflix does the same as well since it’s web-based. If that sounds good, let’s examine this simple process.

Which VPN to Get for Brooklyn Nine-nine on Netflix

The most critical part of using a VPN to watch Brooklyn Nine-nine on Netflix is your choice of a VPN service provider. Unlike hardware that you can compare specifications with, it can be hard to tell if a service can do something.

VPNs also vary significantly in price and features. There are even free VPNs in the market.

I know the term “free” caught your attention, but as the latest Windscribe security incident will show, these are seldom ideal. In addition, most free VPNs tend to fail at unblocking the content you want to watch on Netflix, and you will likely encounter Netflix Error Code M7111-1331-5059 or something similar.

Additionally, some of these free services come with annoying ads, have poor streaming performance due to bandwidth limits, or even worse – might sell your data to recoup their investment in the VPN service.

That’s why you must go for a good, trusted, and reputable VPN service to ensure you and your data is truly protected. When you do so, you can watch your favorite content from anywhere, anytime, with total peace of mind – no more irritating error messages from Netflix.

How to Use Your VPN for Netflix

A VPN is a truly great solution as it gives you access to all the best content from every country, anytime, while keeping your online activity private and protecting you from cybercrime. So, don’t let geographical restrictions stop you from watching Brooklyn Nine-Nine; you’ll never have to miss out on a single hilarious episode anymore. 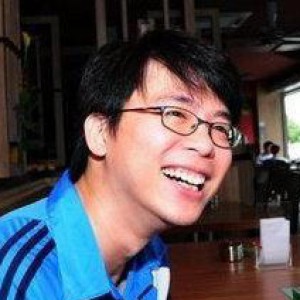 How to Encrypt Your Internet Connection

How to Stream NFL Football Matches without Cable

Do I Really Need a VPN at Home?