As sports fans, we all know how frustrating it can be to find a good place to stream your favorite game. Here's a list of sites that we've vetted for you.

Disclaimer: The information contained in this article is for informational purposes only. Hideandseek.online does not in any way or form condone nor encourage the use of VPNs as a means of violating copyright or other laws.

In the day and age of modern technology, the rise of streaming services has provided many viewers with a cheaper alternative to cable television. Among the many attractive benefits of streaming would be access to a wider variety of content and entertainment, such as movies, television series, and of course, sports.

When it comes to streaming sports online, there are a ton of resources that you can draw on to watch your favorite games.

However, before we begin this list, it’s essential to note your country’s sports streaming policies to ensure that you’re acting by the law. Generally speaking, most countries allow the streaming of live events through official sites, such as the BBC’s iPlayer. However, the legality of other sources would depend on where you live.

Use SurfShark VPN for Easy Streaming
SurfShark VPN is a really good idea if you stream media online a lot. For less than $3 per month, it helps you access geo-blocked content and keeps you safer online. Currently 83% off and support unlimited devices > grab the deal now

Did you know that you can use BBC to stream your favourite sports games?

Yes! Even though BBC is known by many for its international news coverage and journalism work, it also has an iPlayer, where you could catch popular games.

You’ll have to select “Sports” under the categories, and you can browse which games you would like to view. The iPlayer also has many other content, from television dramas to full-length films.

Specialized for sports-only streams, Buff Stream was once called Crack Streams but has since moved to the new Buff Stream website. Sports fans can check out many streams on their website, with its homepage showing a list of the soonest streams that will be happening.

If there’s a specific category you would like to watch, you can also select them in the header at the top of the site.

Similar to Buff Stream’s old name, Crackstreams is also a site that streams sports matches. Viewers are treated to a no-nonsense homepage where they can watch all past games and get links for the newest upcoming games.

Do note, though, that Crackstreams only streams some of the more popular professional sports games, such as NBA, NFL, UFC, MMA, and boxing. You will have to look elsewhere if you’re looking for sporting events outside of these categories.

As one of the most frequented social media platforms worldwide, Facebook also doubles a good platform to look for sports streams.

Viewers may search for the streams using the search bar or try visiting the event organizer’s pages to check if they are broadcasting the event. Beyond this, however, Facebook is a great place to look up highlights from past games and other related content, such as game and player analyses.

Another site with a simple, straightforward layout, CricFree offers a wide variety of games across different sporting categories that viewers can catch up on. With a list of the closest upcoming events on the front page, users can also check out the sports categories they would like to watch directly through the top bar.

Viewers can also chat with one another through the chat function, almost as if you were at the event itself with other supporters!

Arguably one of the most popular sports-only streaming sites, DAZN does charge viewers a subscription fee for access to over 8,000 yearly sports events. However, there is a one-month free subscription for new users, meaning that you would be able to use DAZN in a pinch if other sites don’t work for you or show the streams you want to watch.

Slightly more complex than other live streaming websites, Live TV also showcases a host of streams of different events. Instead of upcoming streams, their homepage would feature a match of the day and other popular streams on their site that others might be interested in. Viewers would have to use the search bar function for more niche sports.

Like other sites, MamaHD has a list of sports it streams, including various niches, such as fencing and handball. While it looks relatively simple, clicking on the streams would bring you to the streams on different sites, which might put off some viewers.

Additionally, MamaHD does not necessarily state the names of the events they link to, which might confuse it if there are clashing events.

SportLemon adopts a similar layout to many other sites in its simplicity and intuitive layout. Viewers can choose from their list of scheduled streams to watch upcoming events or wait for specific events by clicking into different categories at the top of the page.

It’s worth noting that some links to streams may not be uploaded until closer to the event’s start, so viewers must remain patient.

Featuring a more in-depth stream timetable, Sportrar is easy to navigate, even for newer viewers. From a comprehensive list of categories to options regarding the streams’ status, viewers might find Sportrar one of the more intuitive websites for streaming sporting events.

Users can even change the time zone to different locations worldwide for their convenience to never mistake or miss out on their favorite upcoming games.

For those who are unsure of the legality of some of the streaming sites, Tubi might offer a handy solution. Boasting that they are fully legal and licensed, Tubi offers the best of both worlds by providing an irresistible combination of free shows mixed with few advertisements.

The only catch is that they seem to have a limited library of sporting streams and a larger collection of other entertainment, such as television series and movies.

Nonetheless, viewers can always check in to see if the events they would like to spectate are available on the platform, and if not, they can use other sites on the list.

Mainly focused on football events, Rojadirecta is a platform that you will want to visit when you’re staying up for a football match. With high-quality streams and even occasionally multiple links to the same event, viewers can choose the link that works best for them and their devices, giving them the best possible experience.

Rojadirecta also offers streams on various other sports, such as rugby (or American Football), athletics, basketball, baseball, and more, so it’s worth checking out even when you’re not looking for football games.

Simple to use and dark-themed by default, SportSurge offers viewers a no-nonsense list of upcoming streams and their timings. Like other sports streaming sites, SportSurge has a list of categories at the top of the homepage.

If you didn’t find what you’re looking for on the homepage, those categories would be where you would continue your search.

While not as aesthetically pleasing as some other streaming websites, VIP Row offers a large collection of sporting categories, including niches such as darts, snooker, and handball.

Clicking into any of the links on VIP Row would bring viewers to different sites – but look out, some sneaky ads act as video players to get unsuspecting viewers to click on them.

Despite somewhat similar web designs, Live Soccer TV should not be mistaken with Live TV, as the primary sport it streams is, unsurprisingly, football.

The site features scheduled events and the playing teams. Viewers get a list of links they can choose from to ensure they have the best viewing experience.

Set in a familiar format, Batman Streams is another platform that viewers can use to stream sporting events.

With a list of sports categories on top of the page and various support links to help stranded visitors, users can visit Batman Stream to look for the events they would like to spectate.

Last but not least, the internet’s favorite forum – Reddit! There are several subreddits that viewers can use to search for streams for their favorite events, but Reddit r/sports is by far the most popular.

To create posts, however, you would first have to sign up for an account; otherwise, you can always view existing posts as a non-member.

These days, it seems like you can find free sports streaming sites everywhere. However, most of them are just not worth your time or effort. They are usually low-quality streams or don’t offer the sporting events you want.

Thankfully, there are still some quality sports streaming sites that will make all of your watching efforts worthwhile. We’ve vetted these sites extensively and recommend them to anyone looking for a place to view their favorite sporting events online. 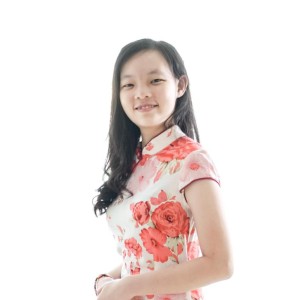 Pixie is a freelance writer who's spent more of her life writing than not. Having written for a range of industries such as travel, entertainment and tech, she is always up for a challenge and open to new opportunities.

WiFi Location Tracking: How Does it Work

What is the Log4Shell Vulnerability?

Where are VPNs Banned? Illegal to Use VPNs in These Countries